Another thought-provoking aspect on reviews 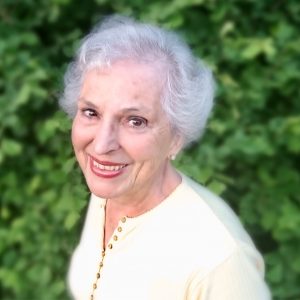 Amazon published a million books last year, does that mean that there were a million new writers, one person writing a million book (hardly likely) or many, many people for which the majority are on their second, third or even tenth book.Nevertheless, that’s an awful lot of people writing at a time when reading butts up against technology in the form of computer games, pop music, Netflix and reality shows.

When I think of the numbers now writing, I usually start humming the tune to ‘Stout Hearted Men’ which appeared in the film New Moon starring Nelson Eddy.

Give me some men who are stout-hearted men,

Who will fight, for the right they adore,

Start me with ten who are stout-hearted men,

And I’ll soon give you ten thousand more.

They grow as they go to the fore.

Then there’s nothing in…

From time to time I take part in a Goodreads review round. The idea is that ten authors each offer a book to be reviewed. Four of the ten then review that book, within a set time. Within the round none of the ten has his or her book reviewed by someone whose book he or she is reviewing. Participants are supposed to inform the moderators if they have previously reviewed a book by another of the authors taking part. This enables the moderator to ensure that neither is assigned to review the other’s book.

It now appears, however, that the rule applies across all previous review groups. You are supposed to check all the reviews you have ever received. If one of them was from an author participating in this round, however long ago, then you should be aware that you are banned from posting a review of any…

I was lookin g for a copy of this! Love it.

An oldie but goodie.

Dec. 25
My dearest darling Edward,
What a wonderful surprise! That sweet little partridge, in that lovely little pear tree; what an enchanting, romantic gift! Thank you, and bless you.
Your deeply loving
Emily

Dec. 26
My beloved Edward,
The two turtle-doves arrived this morning, and are cooing away in the pear tree as I write. I’m so touched and grateful!
With undying love,
Emily

Dec. 27
My darling Edward,
You do think of the most original presents! Who ever thought of sending anybody three French hens? Do they really come all the way from France? It’s a pity we have no chicken coops, but I expect we’ll find some. Anyway, thank you so much; they’re lovely.
Your devoted
Emily

Dec. 28
Dearest Edward,
What a surprise! Four calling birds arrived this morning. They are very sweet, even if they do call rather loudly — they…