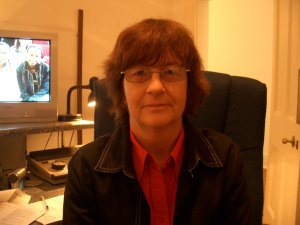 From a very early age, Lucinda E Clarke always wanted to write, but was ordered to “get a proper job.” Journalists were required to drink their targets under the table to get a story she was told, and alcohol doesn’t agree with her! So she dutifully trained as a teacher, and has taught in seven different countries – from primary school infants to lecturing adults in Technical College. After suffering a mentally abusive childhood, Lucinda had little defense against the Walter Mitty aspirations of the man she married. They moved from country to country, usually one step ahead of the creditors. Eventually Lucinda found the courage to leave him and began to write and write and write. She graduated from radio, to television and then ran her own video production company, winning over 20 awards along the way. She is now in Spain and writing books (pretending be be retired). She is about to publish her fifth book, a sequel in her series about Amie the young girl she took from the comfort of her English home and dumped into a civil war in Africa. (Amie has yet to forgive her for this).

Find the author on other sites:

49 thoughts on “THE AUTHOR”