My guest this week is a very special lady and I’m thrilled to host her as she is one standing up for women to be people, like me she admires strong women who can, in most cases, do a man’s job.

Originally from Syracuse, New York, Ms. Strader moved to Prescott, Arizona with her family in 1972. In 1976, she became one of the first women on a Forest Service fire crew in the Santa Rita Mountains south of Tucson.

Her publishing history includes many web articles on her expertise in landscaping with desert plants. A local newspaper, the Green Valley News, printed an article about her firefighting adventures, the magazine, Wildfire Today, later published an excerpt. The article generated interest in her speaking on this topic to several clubs, including the American Association of University Women. Summers of Fire: A Memoir of Adventure, Love and Courage is her first book, scheduled for publication on May 1st, 2018 by Bedazzled Ink Publishing. She is currently working on a prequel.

In addition to writing, Ms. Strader is a landscape architect, certified arborist, and watercolor artist. She currently lives in the same area where her Forest Service career began.

As I researched the history of women in the U.S. Forest Service for my memoir, I discovered something rather disheartening: There wasn’t much to find! Since its inception in the late 1800s, the Forest Service was strictly a man’s world. What surprised me, though, was that women were not even working in offices until men decided they hated paperwork. But hiring women for field work? That took a while to happen.

The first exception to the rule was Hallie M. Daggett, who was no stranger to National Forests and wilderness experiences. She had learned to hunt, fish and trap, which was quite an accomplishment for a refined and educated lady in those days. She also had a profound hatred of forest fire destruction, and wanted to be a part of the Forest Service’s goal to prevent such catastrophes. Therefore, she was honored to be hired at the Gulch Lookout Station on the Klamath National Forest in June of 1913.

Hallie acknowledged that she had support from a few men, thus securing the lookout position. However, dissenters insisted that she couldn’t possibly handle being alone in the lookout tower, especially once it got dark, saying, “She’ll be on the radio the first night, pleading to go home.”

I’ll bet Hallie laughed herself silly over that one. Of course, she proved them wrong. Full of spirit, skill and aptitude, she continued working as a lookout for 14 more years. 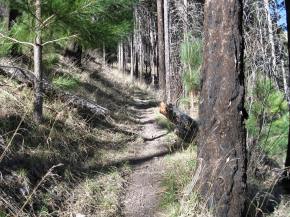 That article sparked my curiosity. What other interesting, strong women in history could I find?

Emma (Grandma) Gatewood didn’t own any fancy hiking equipment. She scoffed at a sleeping bag, tent, backpack, hiking boots or special clothes. “Most people today are pantywaists,” the sixty-seven-year-old said, as she planned to solo hike the 2,200 mile Appalachian Trail in May of 1955.

Emma carried her supplies in a denim draw-string bag, including a woolen Army blanket for warmth and a shower curtain for a raincoat. Keds sneakers were her only shoes—although they did need regular replacement. 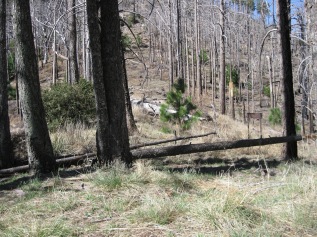 She ate peanuts and canned Vienna sausages, supplementing this simple diet by foraging for wild strawberries, onions, and sorrel. Occasionally, she reveled in what she called, “trail magic”—food shared with her by strangers. Talk about one tough woman.

Now I had a mission. What other inspiring ladies could I find?

Canadian Molly (Myrtle) Kool was one cool lady. She loved the water, and spent much of her childhood working on a scow with her father, Paul Kool. Longing to be her father’s first mate, she applied to the Merchant Marine Institute in Yarmouth, Nova Scotia in 1937, but they denied her application. However, that didn’t faze Molly—she kept trying, and earned a coastal master’s certificate in 1939. While that is impressive in itself, think about this: At only 23 years old and female, she was now a Captain! But did she get a Captain’s respect? 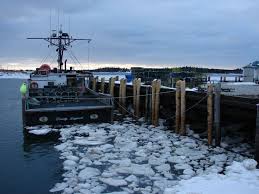 Fellow sailors gave her a pretty rough time on the rough waters of Bay of Fundy, where she hauled cargo. However, Ms. Kool was known for her smart comebacks in times of stress, refusing to succumb to the harassment she received. When her ship encountered dense fog and collided with another ship, she was tossed overboard, in danger of being chopped to bits by the ship’s propeller should she go under. Luckily, she was able to grab a piece of wood to stay afloat. When passengers on the other ship threw life preservers at her, she hollered, “I’m already afloat! Quit throwing useless stuff at me and send a boat!”

Molly Kool lived until the ripe age of 93, outliving both her first and second, husbands.

There are many more women in the past that have made a mark in history, and plenty that have in recent years. Others will continue to do so over the years to come. While it may be assumed that women no longer have to struggle to achieve the recognition for accomplishments that are easily bestowed on men, the reality is women still face harassment and bias. However, with inroads being made in all fields, let us hope that someday soon, everyone, regardless of gender or any other labels, are respected and revered for doing what they love and doing it with style.

You can connect with Linda here:  Lstrader2008@aol.com

I can’t show you the cover of Linda’s book as it is not out until May, and she’s sensibly into the marketing before it hits the shelves! Keep a look out of it, and thank you for being my guest today.