If you read this blog regularly you may remember that every time we take a holiday something goes wrong. And this time was no different except it all happened before we even left home. When I go away I make a big production out of it, it’s all part of the fun. The house has to be squeaky clean, the washing up to date and I’m packed hours and hours before we leave – from my pre-made list of course.

This time was no exception, and to keep the kitchen nice and clean we set out for our favourite pasta place in the village.  IT HAD GONE!! We stared dumbfounded at the empty store till a kind man told us it had moved to the next small town. Off we went but failed to find it, so back to our village, parked the car and went to eat somewhere else. An early night we agreed as we had to be up before dawn for the drive to the airport. Back to collect the car only to find it was locked in the underground parking garage – huge steel shutters between us and our transport. Another kind passerby suggested the police station might have a key. So back up 3 flights of steps and into the cop shop. They were sympathetic, but no they didn’t have a key, could we come back at 8am when the garage opened? No, we couldn’t we had a plane to catch. We pretended we were tourists and luckily I had my passport already packed in my bag. Mind, they could tell we weren’t local, not with my level of Spanish. Wait outside, they told us. So we sat on the steps and waited and waited until finally we were told to hurry back to the garage. There a friendly cop was playing with the metal doors as they shot up and down. Having taken our details in the office DH was escorted to the car and he was able to drive out.

We landed in Amsterdam and being me I had to see everything. First it was the Royal Palace 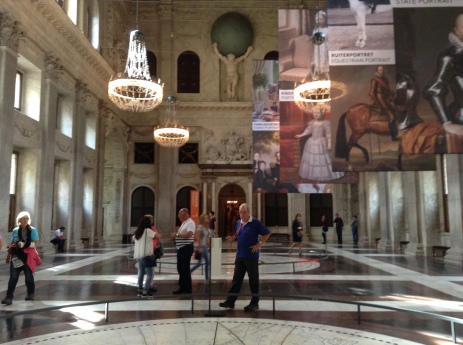 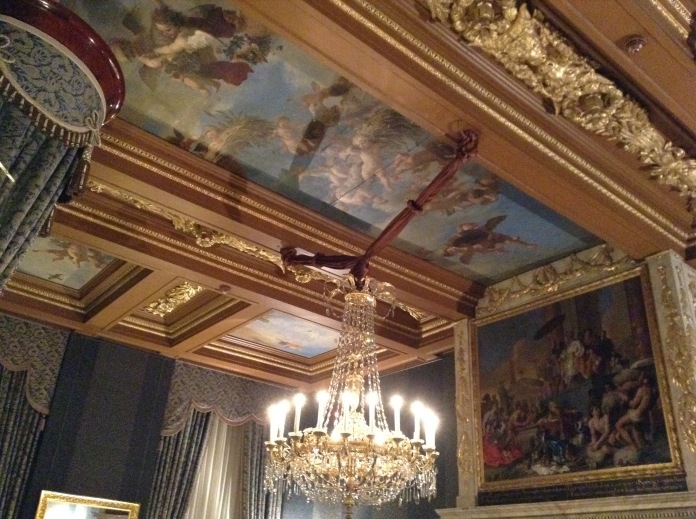 Then a daylight cruise on the canals so we could see where we were going. Then a visit to the Sex Museum. 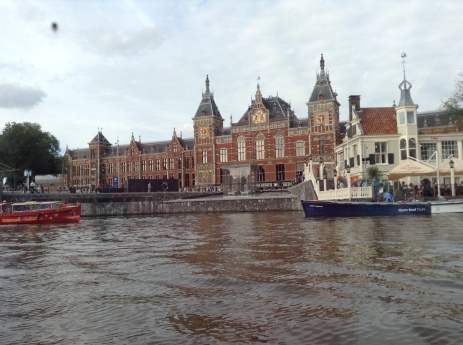 A stroll through the Red Light District.

The next day we made for the Rijksmuseum to see the Night Watch.

Then to the diamond museum where we bought nothing at all of course – and on to the Van Gough Museum with a special exhibition about his madness – oh so many of us writers have exactly the same frustrations don’t we? I felt a real affinity with him. 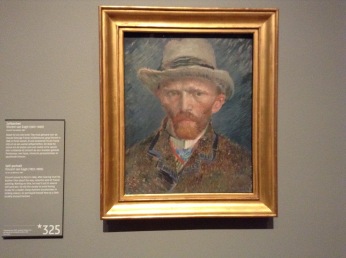 And here I am on my birthday in the middle of a fountain.

The Heineken Brewery was next, even though I don’t like beer.

A church with an impressive organ and after dinner a night cruise on the canals. Then a walk through the Red Light District, visiting the Museum of Prostitution, and I have to hand it to Amsterdam, it’s regulated, open, honest and treated just like any other business. No pics here of course, but the girls looked absolutely beautiful. Millions of story lines flew round my head – why were they here and not starring in Hollywood?

Next day we visited the Jewish Historical museum and the Museum of Resistance which was amazing – but a little uncomfortable as it all happened not too long before I was born. Then the Red Light District. However, I must explain that our hotel was on the fringes, and as we are a little old for the nightclubs, the coffee bars in the area are humming late into the night.

Finally on our last morning we had a meet up with a FB friend Val Poore and that was magic. We have so much in common and we’ll be getting together again very soon. DH didn’t nod off either as we chattered about books and books and books and previous lives.

And the elephant dentistry? We found the perfect picture for the cover of Amie 3. She meets a lone bull who is frantically looking for a female to love, so he’s unpredictable and dangerous. Only problem with the pic is this ellie only had half a tusk. So we sent him off back to South Africa where my clever photographic friend worked Photoshop magic and gave him a smart new pair. I decided to stop at that.

Finally, thank you to all the people who sent kind birthday wishes, I’ve tried to thank everyone personally, but if I missed some, please forgive me.

17 thoughts on “Elephant Dentistry and Amsterdam”