It’s Monday so it’s blog time and we are off back to Vietnam to continue the trip. If I thought that going around the tunnels was harrowing, the afternoon was even more of a shock. We were taken to the War Remnants Museum.

and neither of us took pictures here. The displays were quite gruesome and understandably there was a strong anti-American and anti-French flavour to the exhibits. Curious, I asked our guide how he handled taking visitors from the United States here. It’s a big tourist attraction he told us and everyone must come. 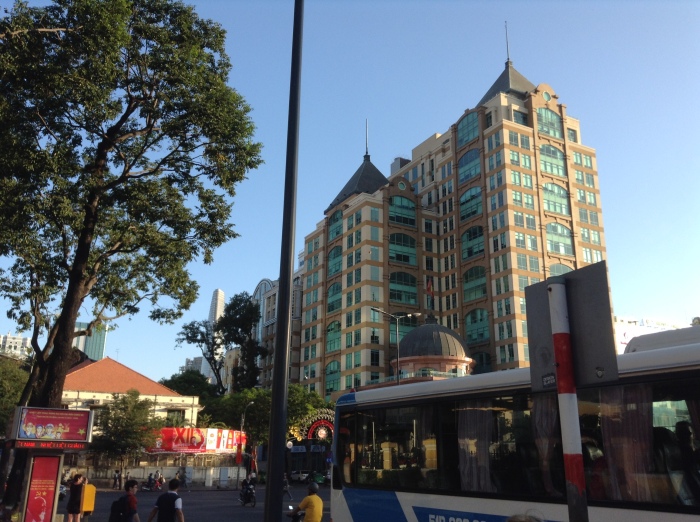 Saigon or Ho Chi Min City was cleaner and more modern that Hanoi, but if possible the traffic was even more chaotic – scooters everywhere. 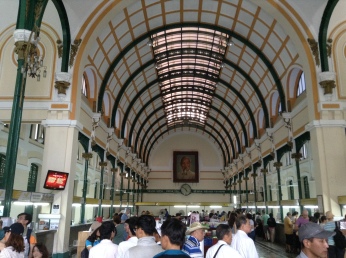 The post office is a major tourist attraction. It was jammed full with stalls selling all manner of cheap tourist tack, and just a few people in there trying to use the mail service.

And then we were taken to the Cao Dai cathedral built in 1933 the highlight being the mid day mass. Of course every other tourist in Saigon was there too and when the service began we were herded up into the balcony.

From what I could gather the community encompasses Christian, Buddist, Taoist and Confusians. The major focus was the ‘third eye’ and I have to let the pictures speak for themselves. 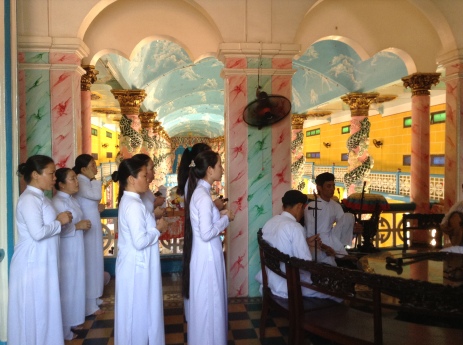 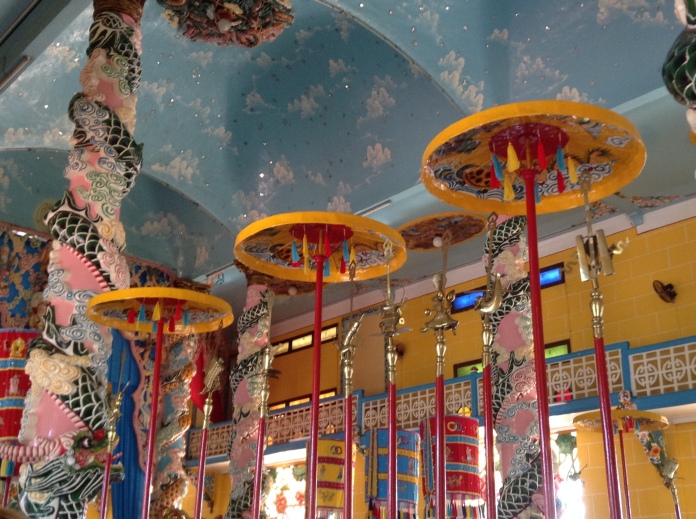 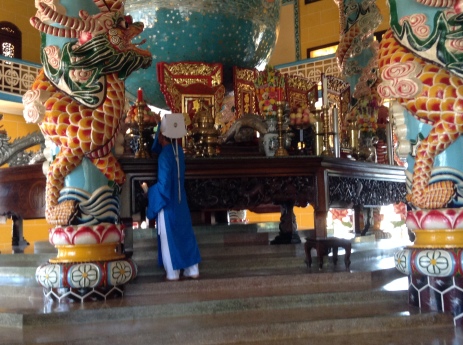 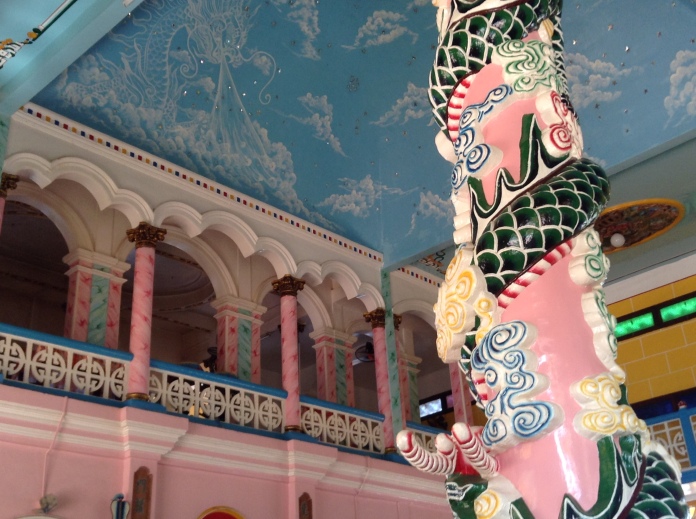 Well I’m going to get rid of George II because he’s beginning to bore me. Apart from fighting with his dad I don’t think he was a very interesting king. Don’t just take my word for it as this next sentence comes straight off the internet and we know we always get the truth on there right?  For two centuries after George II’s death, history tended to view him with disdain, concentrating on his mistresses, short temper and boorishness.

He spent a lot of time fighting with his son Frederick who was later to become George III – yes I know his name was Frederick, but please, just please don’t ask.  But he was so much more interesting, to begin with he went mad.

I’ll tell you about that next time.