When I read the blurb Rebecca sent me for for her guest blog I was fascinated to learn she has a historical relative who was transported to Australia. Now that’s impressive it’s no wonder she can write good books – I should know I’ve read three of them and plan to read the rest. They’re all inspired by true tales of the past or modern day scenarios and her books cover a wide range of different topics and genres. There is something for everyone here. So, who is Rebecca Bryn?

Someone recently asked me to describe myself in five words. The first five that popped into my head were lazy, driven, artistic, silent and old. As a child, I lived very much inside my own head, telling stories to imaginary listeners as I tramped the countryside with my cocker spaniel, so spoken words were rare from me, and I’m still not a chatty person. How can I be lazy and driven? It sounds like a contradiction. I procrastinate endlessly over housework: you can admire the dust in my house but don’t write in it. My mother would be ashamed of me.

I’m happiest when I have a project, be it painting the glorious Pembrokeshire coast of home, or creating characters who take me to the ends of the earth and break my heart. The necessity to create, maybe I should have used the word creative rather than artistic, is what drives me incessantly: I’m lazy where it comes to the myriad of daily chores, but never idle.

In my writing, I haven’t shied from things that have hurt me, the screw-ups I’ve made, or the regrets that haunt me: rather, I have embraced them for they’ve made me who I am and allowed me to write stories dragged kicking and screaming from the murky depths of my imperfect being.

Old, I can do nothing about: it crept up unnoticed while I was reading life’s small print and wondering if I could send myself back for a refund. No can do, apparently.

Do my novels have themes in common? Forgiveness and unbreakable love, for to forgive is divine, and true love never ends: it merely accompanies us on the paths along which life leads us.

A mystery/psychological thriller. Alana, a young artist, is left a cottage in West Wales by an aunt she didn’t know existed. She finds herself in the midst of a conspiracy of silence over two children who went missing thirty years before. Someone is out for revenge and threatens everyone Alana holds dear.  Inspired by the disappearance of Madeleine McCann, and the release from prison of Angela Canning after the evidence regarding ‘cot-death syndrome’ was found unreliable.

Historical thriller set in Auschwitz and England. A Jewish nurse steps down from a cattle wagon into the heart of a young doctor. He attempts to save his patients from the gas chamber. 70 years later, his granddaughter uncovers his private past and seeks to keep his promise to his Jewish lover. Inspired by my sixth-form tutor, Professor Schaeler, who lost his family in the Holocaust.

A dystopian thriller set in the High Atlas Mountains. A young healer is kidnapped to fulfil an ancient prophecy. Her storyteller husband sets out to bring her home, with only a head full of stories and an old friend who must choose between his friends’ lives or mankind’s immortal souls.

Inspired by the horrific way in which mankind is destroying this beautiful, fragile planet.

http://mybook.to/OnDifferentShores (Book One of ‘For Their Country’s Good’)

Historical series set in England and Van Diemen’s Land. A young poacher, convicted of killing Lord Northampton’s gamekeeper, is transported for life, leaving behind the girl he loves. Penniless and pregnant, she determines to follow him at any cost.

Inspired by my great-great-great uncle who did kill said gamekeeper and was transported for life. Books Two and Three coming this summer.

And here are all the other contact links for Rebecca. (Can you remember the day when we all had one postal adress? Wasn’t life simple then?)

On Different Shores the first book in the series will be free on 8th and 9th June, today and tomorrow so grab it while you can! I’m off to do just that.

I am not the only one flying to the United States next month. My dear friend (she has become a really good friend) Gabi Plumm is also going to America with her partner Peter Marsh. Why? Because they have been invited to showcase two of their films at the Friday Harbour Festival on St Juan Island Washington state. Cousins across the sea and the first Skeletons in the Cupboard have been chosen to be screened. (You can check them out below). 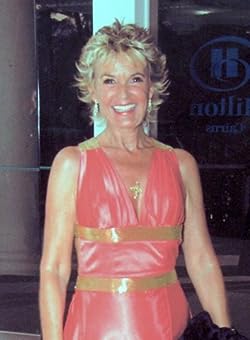 Not sure how I first connected with Gabi, through social media of course as we’ve never met (she is in Cairns Australia and I’m in Spain)  – but it’s on the cards. I count her as one of my most supportive friends.

A little bit about Gabi.

Born in the UK, Gabi spent many years in France and Spain before emigrating to Australia, in 1987.

Gabi’s history is marked by the astonishing discovery, aged 34, that she’d been adopted and obviously, never told. The ensuing quest for her birth parents lead Gabi into unexpected waters, and finding her mother, a sister and two brothers, gave her a sense of identity and place, she’d never had before. With the understanding of the source of her talents, abilities, and leanings, she set about writing her memoir —rather badly as she now admits— but once written, the catharsis of the autobiography Registered Under Another Name (2007) sparked an ongoing interest in writing and editing. She has also written a series of eight children’s stories entitled The Two Jays of Dribblepit which languishes like so many others, in Amazon’s darkest corners.

I have read these and they are great, so check them out! Perfect for kids aged around 9.     https://www.amazon.com/dp/B00OUSZC4W 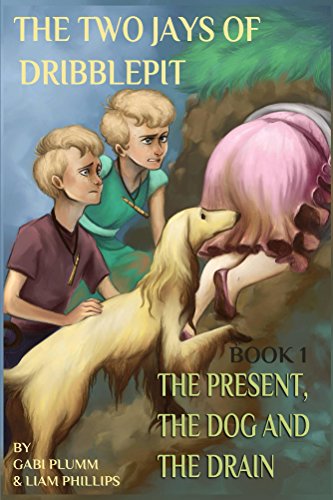 With two grown sons who are Professional Tennis Coaches living in America, and a partner, Peter, with whom she makes documentary films, Gabi has found time to consolidate her talents by achieving a Bachelor of Arts in Creative Writing, specialising in Editing. These talents she put towards scriptwriting for their films (details below), in which she also performs as narrator and presenter, as well as editing a variety of manuscripts and websites.

In her spare time, she runs a small B & B and teaches Pickleball to ex-tennis players who, like her, can no longer charge about a tennis court or handle over-arm serving.

This is Gabi’s author page. https://www.amazon.com/Gabi-Plumm/e/B00NO7B0CS

The growing list of authors she loves to work for is small but special, and her documentary films about the early people of the Pacific continue to glean thousands of views and comments daily.

New Zealand: Skeletons in the Cupboard. Episode 1: The Redheads (2015)

Skeletons in the Cupboard, Episode 2: Under the Carpet (2016)

So we also have a filming background in common, and she understands my strange use of commas in all the wrong places! For every edit she has gone the extra mile, and is currently recording book trailers for all my books – and I never even asked her!

Sadly, we’ll miss each other in America – miles apart and the wrong dayes, but one day Gabi …!