My guest this week is an author I have actually met. Yes, a real-life meeting, we even shook hands, kissed in the Spanish tradition, and drank coffee together but she’s also a cyber friend of course.

She’s written two books and is currently formatting the third one. But enough waffle from me – over to Hilary.

I’ve always wanted to write, but then if you’ve never written anything you don’t know any better do you? It started with a couple of successes with magazine articles a lifetime ago and developed from there to short stories and eventually full-blown novels.

Alongside the day job, I decided to become a novelist to put my talent for making up stuff to good use. At the time I mistakenly thought I’d have the power to make my characters do my bidding … it turns out the tail very much wags the dog. My main characters wake me up in the middle of the night and tell me they don’t like what I’ve written about them. I usually end up having to get up and rewrite in the small hours! This is why I sometimes need matchsticks to keep my eyes open during daylight hours.

You may know that I live between the Costa Blanca, Spain and Oxfordshire, England and I adore both my countries, which is probably why they often feature in my writing. I think I must be the luckiest person on earth to live my lifestyle. I wouldn’t change places with anyone – not even the Queen of England or Posh Spice! J 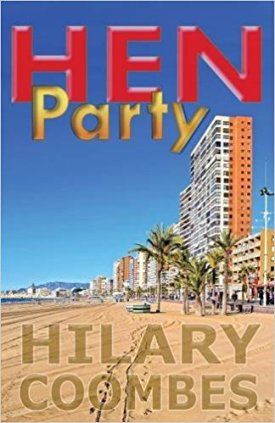 I’ve had a love affair with Spain since my first visit as a teenager. The good weather, great people, Mediterranean food, scenic beauty, not forgetting the wine of course, and I must confess I have a weakness for a glass of red.

Not sure whether you will really find this bit interesting, but I’ll include it in case you’re wondering which country gave birth to such a lucky soul. I was born in Devon in the south west of England, although when I was adopted I moved to Bristol and I grew up there. I very much feel like a Bristolian and I can talk the talk if need be (‘Ow bee mee luvver?). As an adult, I moved around a bit, as you do, and luckily nowadays we can all live almost anywhere we choose, as the Internet easily keeps everyone in touch.

I love humans (well, most of them); long thick hair (mine is incredibly fine); sunshine; eating al fresco (especially breakfast as this seems decadent somehow); plus writing of course.

I have won several writing awards, two of which I am particularly proud of (probably because of their Spanish connections)  … the 2015 Spanish Radio short story competition, and the 2017 Ian Goven Award. I won’t name all the others – far too uninteresting.

I have found that the writing community are one of the loveliest bunch of people you could hope to meet, especially indie writers. I have been lucky enough to write for the big publishers (Macmillan), the small publishers (UPBooks) and lately I have chosen to go it alone as an indie publisher. It’s hard work, but boy have I learned a lot and the support of other indie writers has been there every step of the way. 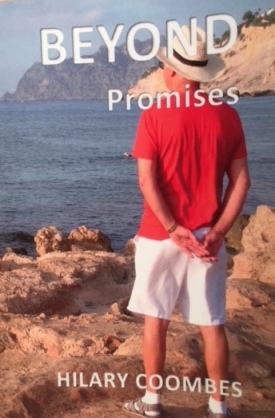 My personal challenge for my last novel BEYOND PROMISES was that wanted to put myself in a man’s shoes.

Charlie the main character is male. His powerful politician father parts him from the love of his life, and then the reader follows his exile in 1980’s Spain where he becomes trapped in a criminal underworld. The story follows his life through to the present day. It is a story of passion, heartbreak and humour.

It had very good five star ***** reviews, but to be honest this face-to-face encounter is my favourite feedback  –

I was sat in the local laundry when a lady I had never met before tapped me on the shoulder. ‘You’re that writer lady, aren’t you?’

I was amazed (I have no idea how she knew me, I can only imagine it was word of mouth). ‘Um, y-yes.’

‘Oh.’ (I wondered what was coming next).

‘I want you to know it’s the best book that I have read in the last twelve months. It’s fantastic. I couldn’t put it down.’

I could have kissed her! (I didn’t), but it was such a lovely thing to hear. 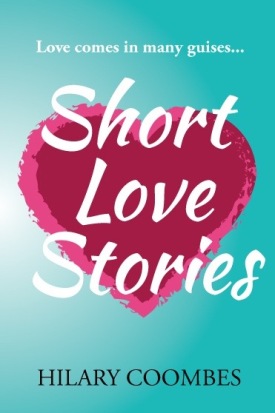 My next book is due out in July 2018, and once again it was born because of a challenge to myself. This time I decided I wanted to write short stories with a theme, so ‘Short LOVE Stories’ was born. Readers are going to be treated to love in all its guises, from brotherly love, love of an artist, elderly love, child love, and even the traditional boy meets girl type love, but of course there are no certainties in love are there, so the themes range from “Game. Set. Heartache” to “Passionate Crime”, of course, sprinkled with humour along the way.

Thank you for coming along with me on Lucinda’s blog today, it’s been great to talk with you, and thank you, Lucinda, for inviting me to be your guest.

I’d love to hear from any reader that would like to get in touch, and there are many ways you could do this. I run a webpage, a blog, and I endeavour to amuse people on Facebook, Twitter, and Instagram so do and come join me

http://hilarycoombes.com   (my new blog is here)

https://medium.com/@HILARYCOOMBES   (my old blog – has writing tips as well as topical news articles about Spain and the UK)

Thank you, Hilary and we’ll be meeting up for coffee again very soon. You can read more of Hilary’s work as she’s contributed a short story to the book her creative writing group is preparing to publish to commemorate their 10th anniversary – I’ll keep you updated on that as soon as I know more.

Until next time, take care.