Skip to content
HomeCeeCee James
Now I’m a little confused (not difficult in my case) as my guest today has his name on Facebook as H Max Hiller and also as Hiram Hiller, but I’ve checked very carefully and they are one and the same. I hope you don’t mind me calling you Max?

H. Max Hiller’s restaurant career began with a cooking job on Bourbon Street at the age of seventeen. His resume now includes many of New Orleans’ iconic dining and music destinations which provide a lifetime of characters and anecdotes to add depth to his Detective “Cadillac” Holland series.

He now divides his time between working as a chef aboard a boat traveling America’s inland waterways and writing in the home he and his wife share with their rescue pets that include a neurotic wolfhound-mix and far too many cats.
(I found this lovely picture of Max and his wife on his Amazon author page)
Books by Max – Blowback – The Blue Garou  (Silver Medalist 2016 Dan Poynter Global Ebook Awards) 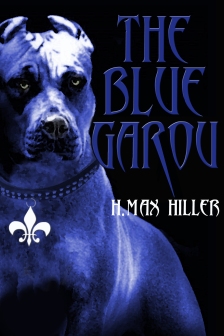 Can’t Stop the Funk and Ghosts and Shadows.

SERIES DESCRIPTION: The award-winning “Cadillac” Holland Mysteries are equal parts compelling mystery, travelogue, and insightful looks at one of America’s favorite destinations through the eyes of a detective as battered as the city he patrols. Detective Holland has returned home as a retired Special Forces and Intelligence operative and brings those specialized skills to bear on investigations that all too often place him at odds with NOPD’s own way of doing things. It’s why the Chief of Detectives only assigns “Cadillac” cases which are as unique and challenging as the detective’s way of seeking justice and not just answers.
4. BUY LINKS:  https://www.amazon.com/s/ref=nb_sb_ss_i_1_11?url=search-alias%3Dstripbooks&field-keywords=h+max+hiller&sprefix=h+max+hille%2Caps%2C176&crid=1BZ6YV1PMTNY4
5. FACEBOOK GROUP:  https://www.facebook.com/groups/CooterHolland/
I’ve not read this series yet, but as it is one of my favourite genres I’ll be looking them up soon. One can never have too many detective series.
Thank you Max for being my guest this week.

CeeCee was one of the first people I ever met through social media and the accounts of her early life are quite harrowing – she had a really hard time. I can relate to that, but her story makes you want to cry. After writing two books, on her childhood she has now broadened out into the ‘cozy mystery’ genre and doing really well.  I am so thrilled that her life changed around and she is not only successful, but enjoying her writing and well-deserved success. This is what CeeCee sent me.

I’m one of those weird people who’ve always wanted to be a writer. When I was in elementary school, I’d beg the teacher to let me read the stories that I’d written to my classmates in place of the classics she liked to soothe us with after we ran in sweaty and energized from recess. I’ll never know if the students preferred my stories to Robinson Crusoe, as I was so caught up in sharing my world of a soldier returning from war. But the students were silent and the teacher was pleased, and so I had many chances.

As I grew older, I filled notebook after notebook with vignettes and poems. In junior high, I once submitted a few poems to a contest that our local newspaper held. Imagine my surprise when, a week later, my friend thrust the newspaper into my hands on the school bus and I saw my poems won first, second and third place.

Life wasn’t easy growing up, as it isn’t for many of us. Through foster care and many moves, my notebooks became a safer world, one where I could both spread my wings, and have roots with a pretend family.  Sadly, it was during one of those moves where I lost my notebooks.

But I never lost the stories. As an adult, the first book I published was my memoir, Ghost No More—my personal story of beauty culled from the ashes of my childhood. It was always my hope that I could validate my readers in their stories of what they’ve overcome, as well as encourage anyone who needed to hear that there was light at the end of the tunnel.

Ghost no more is a #1 best seller

The rest of my childhood imaginary worlds trickled out in several of my fiction series. Now I’ve settled down in my favorite genre, cozy mystery. And I’m incredibly thankful I still get to make up stories to entertain anyone who wants to listen.

Thank you CeeCee, a very brave and talented lady.

Now I admit I am only half way through it, but when I heard that CeeCee James had brought out a new book I was thrilled and clicked to buy. This time it’s a murder mystery set in a small American town when the local car dealer salesman is found crushed to death under a train. I am dying (ha ha) to know what happens but sheer self discipline sees me writing this blog instead.

I first came across CeeCee’s books reading her memoirs, as she also had a tough childhood. Now she has continued her writing career with I think her first novel. Good luck CeeCee holding thumbs.

Here is the link.    https://www.amazon.com/Sweet-Taste-Murder-Angel-Mystery-ebook/dp/B01INPHQJQ/ 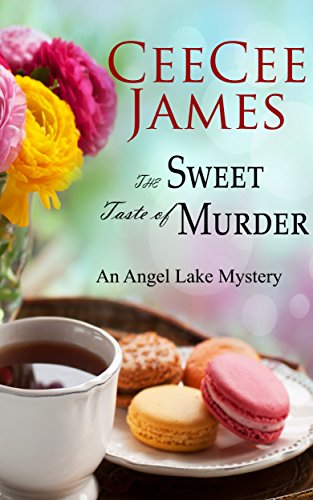 Some of you may have received an email from me about a competition run by author Paula Wynn. It’s a chance to win almost 30 free books – quite enough to keep you occupied throughout the summer – and some will be in paperback format. It’s a mixed bag with fiction, non fiction and a children’s book.  It’s simple to enter and I think (you know how untechie I am) this is the link you click on. It closes this weekend so you only have a couple more days to enter.

Take a peek at the books.

There is other author who has left me in the dust and gasping in admiration. Her name is Michelle Monet and she is writing her first memoir and asked for a couple of tips, (she has some silly idea I know what I’m talking about). I had no idea she was so famous and so brilliantly talented. She was a Barbra Streisand tribute singer for years until it all got too much for her. Then she became a very successful artist and PBS even made a programme on her. She’s still working on her memoir, but in the meantime she has brought out an illustrated book of poetry. It’s in paperback for now, and here is the link. 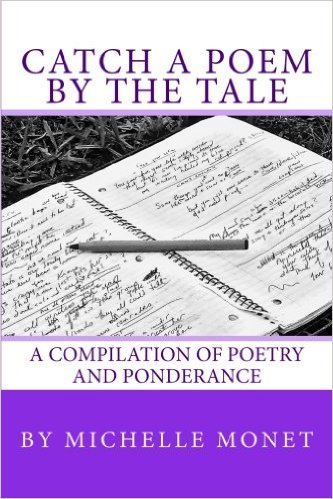 I’m sure it will be a great success.

Reviews from both should be up on Monday, and now you know what I’ll be reading this week.

OK, I can’t resist it. Here is a banner of all my books. You can have any one of them for FREE  if I may add your email address to my mailing list – either leave in the comments below, or through a pm on my Facebook page (I’ll check my hidden messages and it’s private) and immediately  an e.copy of your choice will be winging its way through the ether. There are six of them to choose from in three different genres.

Have a great weekend 🙂