I don’t think of myself as a travel writer, so it’s always a tussle between noting down what I have seen and taking time to look at things. I didn’t keep a diary when we were in Prague, so I’m relying on my memory here and that’s a very dangerous thing to do.

Many of the roads are quite wide and there are tram lines everywhere. We did take a short ride on one on the last day, and they are more fun than riding on a bus, but don’t ask me why – they just are. 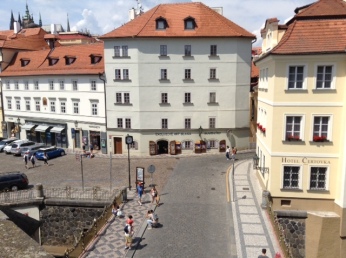 Two views from the Charles Bridge.

Now we’re coming to another exciting bit. I left off when Isabella is in hiding but under protection and she has decided it’s time for Ferdinand to come and marry her, but he must be quick. Lots of people want to stop them. 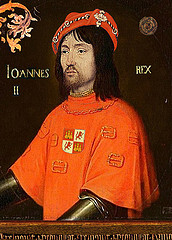 But there is a problem – isn’t there always? King John of Aragon, Ferdinand’s dad has fallen on hard times and he doesn’t have enough money to fit out his son with all the clobber needed for a royal wedding. Sad eh?

That’s King John on the left. 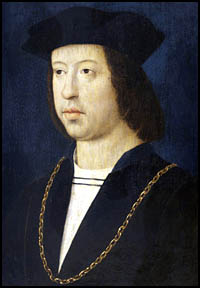 First though he tries to fool King Henry of Castille – remember he doesn’t want Isabella and Ferdinand to get married. So King John makes very noisy preparations to send a whole retinue to the court of Castille.

Meanwhile, a party of 6 merchants quietly leave for Valladolid which is where Isabella sits waiting.

That’s Ferdinand on the right. Can you see the family resemblance? No, I can’t either.  I just love that saying “Momma’s baby, Poppa’s maybe.”

There are a total of 54 countries on the African Continent, among which are the 5 poorest in the world –

The two richest are Nigeria and South Africa followed by Egypt, Algeria and Angola. Much of this wealth is due to the minerals beneath the ground, especially the oil in Nigeria and a wide range including gold and diamonds in South Africa.

Maps often distort the size of Africa, this one is more realistic. This shows you how large it is in comparison to other places.

Often I get carried away and forget to mention my books, but you can find them all here on my Amazon page,

or click through from here to my web page.  https://lucindaeclarkeauthor.com

Whoops, just remembered – Unhappily Ever after my political satire is on sale for $/£0.99 until the end of the month. Picture Fairyland in chaos as the royals wallow in their misery and unhappy marriages and the Green Giant is sent from the Red Party to foment unrest among the happy peasants.