We had a guide while touring the Parliament building in Vienna.

I noticed there was not a lot of furniture around – but maybe there isn’t an IKEA in Vienna? 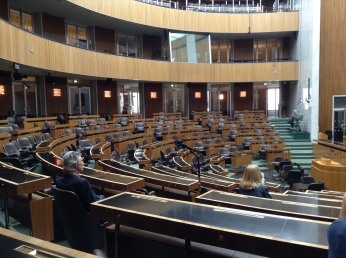 This is where the 183 members of the National Council meet – I thought it great that we were even encouraged to take photographs. It’s really difficult to get inside the Houses of Parliament in London.

The Federal Parliamentary assembly has naked ladies propping up the pillars. I do hope that the members, while sitting listening to long boring speeches, don’t let their minds wander to other more enjoyable pastimes.

Now life becomes exciting for Isabella. She is no longer under Mummy’s control but that of the king, and she will finish her education at court.  Alfonso is put under the care of a tutor and Isabella becomes part of the Queen’s household.

The princess has plenty to eat, lives in a castle adorned with gold and silver and has lessons in reading, writing, spelling, grammar, maths, art, chess, dancing, embroidery and music.  She lives a relaxed lifestyle, except for the fact that Henry will not allow her to leave Segovia.  However, she is astute enough to have full knowledge of what is going on in the kingdom, the court is a hotbed of intrigue. 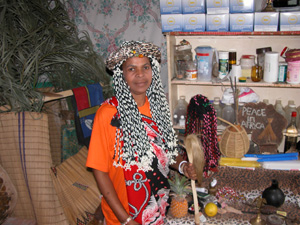 A lot depends on the financial status of the family of a sangoma (witch doctor) and how long they have been practising their craft, but many have ordinary, everyday jobs as well. I met them in the health department, working in shops and even road sweeping. Generally, they are treated with a lot of respect by the community, and are partially feared for the powers they have.

It may surprise many to learn that even professionals such as medical doctors (even those trained overseas), teachers, politicians, just about anyone, will consult sangomas for potions to make someone fall in love with them, put spells on those they don’t like, to protect them against enemies or for good crops or successful business deals.

I named my witch doctor in the Amie series as Ouma Adede – Ouma is a respectful term used by Afrikaners which literally means grandmother but is often used as a respectful address to the elderly. 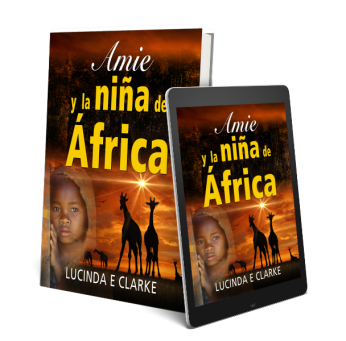 The Amie series  has been translated into Spanish and other languages are in production.

3 thoughts on “COLUMNS AND CURSES”