Once upon a time when I started writing for radio, I learned very quickly how to think in sound. It was easy to transport listeners from the bottom of the Mariana Trench to the heights of Mount Everest. All you needed was a sound engineer, a box of pebbles, a few whooshing noises, bubbles blown into a glass and so on.

Later when I graduated into writing for television, I was hauled over the coals more than once for including stock shots that would need to be purchased at enormous cost, so I learned to think in visuals – finding innovating ways around expensive underwater scenes and moon shots from Cape Canaveral. 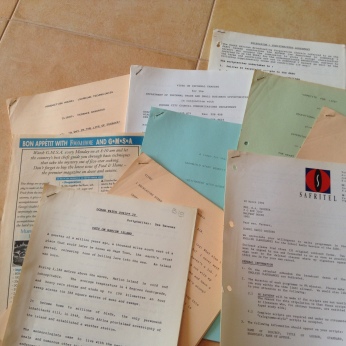 In between, there were articles for magazines, speeches, newspapers, adverts etc etc. 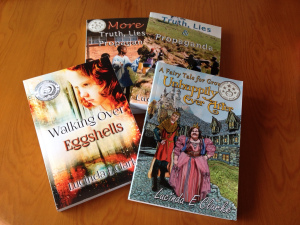 Then, after a pretend retirement came the books. This can’t be so difficult I thought. I was wrong. The grammar Nazis criticised what I thought was perfect English, I’d been at it for years after all. But no, I’d erred on the wrong side of the written rules, which for a book novice like me, were unacceptable to the general reading public. So, enter the editors and hopefully, all those niggly things were put right. I had a better idea of where I was heading.

Now we come to the nasty bit. How to tell the world you have written a masterpiece (well a full-length novel) it was time to learn the marketing side.

I signed up for numerous ‘helpful’ newsletter and blogs, studied their advice, tried all kinds of different approaches. Most, however, were invitations to spend money on learning this technique or another. If only I spent anything up to $/£1,000 I would be an instant overnight success.

Not having that amount of spare cash lying around, I took what little I could gain from the ‘free’ bits, but it was only after a few months that I realized that one course of action contradicted another.

Give book 1 in the series away for free and readers will buy the rest – no, a free book is only read by 2% of the readers who download it.

If you’re an unknown writer, you will only gain readers by giving your books away for cents. No, if you price them that low, everyone will consider them worthless.

Every day I must receive at least half a dozen ‘offers’ in my inbox. I’ve investigated the people behind these and it seems that most of them have had success with books – but mostly ‘how to’ books.

Many of them must be so busy running courses, recording podcasts and writing enticing emails to sell their advice to find the time to actually write. So, does that suggest they are making far more money from selling courses than they ever get in royalties?

It reminds me of the stories of how so many people got rich during the diamond rush in Kimberley. They were not the miners at the rock face, nor the farmers who originally owned the land, but the merchants who supplied the shovels, picks, beds, tents, beer, and prostitutes to men who’d trekked for miles across land and oceans to make their fortune. The shop and brothel keepers may not have found the one diamond that made them rich, but they made a steady living supplying the tools along with hope to desperate men who handed them their last pennies.

The ones who succeeded in making a fortune from the diamonds themselves were those who could afford to buy several shares and then rent out their claims for a share of the profit, or, the men who determined the price of the diamonds once they were liberated from the rock. 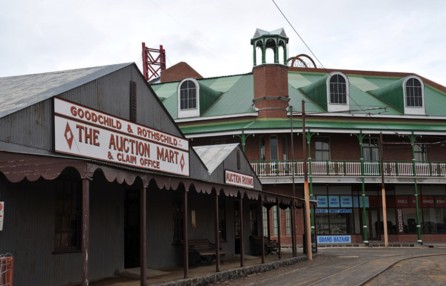 Many of us probably feel like those miners. We don’t buy picks and axes, we buy space in promos, we burrow into the pages of social media, we collapse at the end of the day juggling life and marketing and networking while trying to find the time to write the next novel.

And that’s usually the bottom line for many of these promotional guides. ‘If you’re not selling, then write another book, build up your back catalog.’ That’s enough to keep most of us from complaining their system doesn’t work for writers who are now hundreds of dollars poorer while their sales figures barely peep over zero most days.

Of course, the bottom line is maybe our books are not good enough – our genre is not in vogue right now – the market is saturated – we don’t have the high-level contacts  – readers are now trained to only read free books – most people don’t read they prefer games and Netflix.

There could be any number of reasons, but the poor writer is left wallowing in a pit of self-doubt and worthlessness. Being driven to write is a disease we can’t escape and like a fly in a spider’s web, we are trapped vacillating between writing and marketing with only so many hours in the day to allocate.

What are your thoughts?

30 thoughts on “PICKS AND PROSTITUTES”