It’s really weird how the mind plays tricks on you. I checked out my scribbled holiday diary, and see that I’d had a bad night’s sleep in Singapore and the following day I took pictures on my phone rather than the iPad to keep the weight down in my bag. Do I remember now what was wrong? Not a bit of it.

Anyhow, on with the journey which of course had to include the Hop on Hop off Bus. They are everywhere now and they really are the best way to see everything – then we decide what to see in greater detail.  We wandered around in the Raffles areas and came across this interesting building. 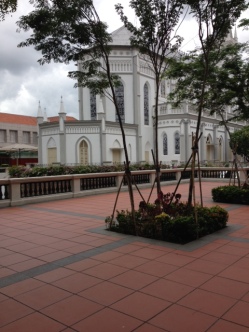 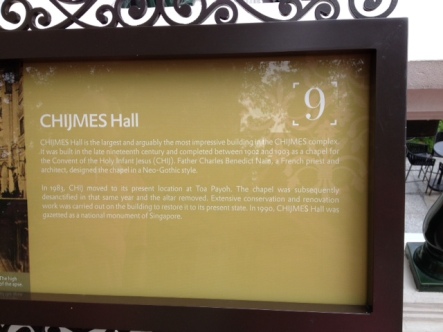 It’s now a national monument but was originally built as a chapel, before being deconsecrated – I really must look that up as I wonder how they do that? They have left the beautiful stained glass windows in place although the altar was no longer there.

We then went over to Santosa Island – Singapore’s playground. It was the trip that thrilled me – by cable car. 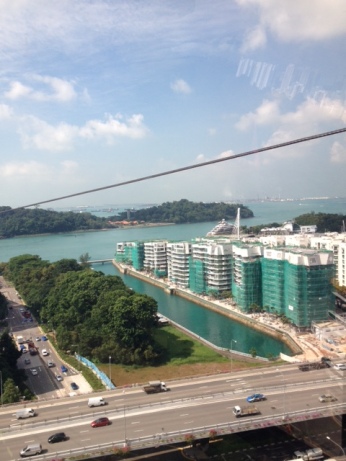 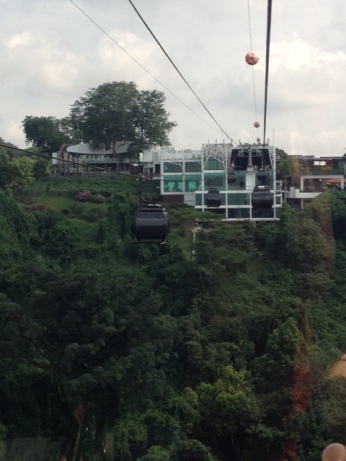 Now I’ve disposed of poor old Edward VII who only reigned for 9 years the next king was George V and he reigned sometime the last century, I’m sure the dates aren’t that important. Here he is:

And he proclaimed he was the House of Windsor, so he could be PROPERLY  BRITISH. And not German any more. He was Edward’s son, and his brother was George just to keep it all tidy and repeat the same names over and over and over again. If you’re not confused by now then you should be, because I am. Luckily by now, Kings were allowed to keep their trousers on for official portraits as they were fed up in posing in tights.

I’m either a multi genre writer or I’m a schizophrenic the jury is still out. I began with the memoirs, all laced with lots of humour (or humor if you’re American) with a comedy book thrown in and almost 4 adventure books. And dare I mention my novella as well?

If DH complains, then I remind him I could be throwing clay pots in the garden, or littering the house with easels messy tubes of paint, or half sewn garments, or even rearranging the furniture on a daily basis. Honestly, it’s a quiet occupation and you never know someone might just buy a book!!

7 thoughts on “AIR TRIPS AND TROUSERS”