You have to admit that us authors are a very special breed, weird maybe but extremely clever.  Last week I told you about a book that chronicled Eve’s life (yes the very first one) and this week we’ve moved on to ghosts from a later era.

Author Clare sent me two pictures, she said one was formal and the other informal. I’m not going to choose, I’ll use them both – it shows us writers as human, with real lives outside our fictional works – although I sometimes have my doubts about that! 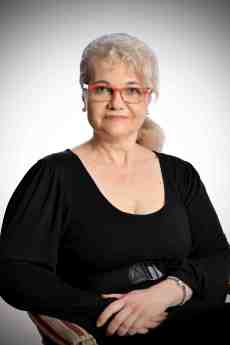 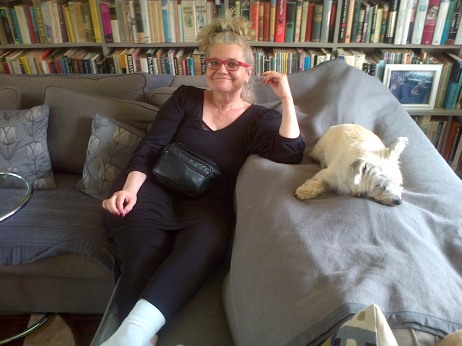 Do you believe in ghosts? I didn’t, until I stayed at a hotel in the centre of Prague one night a few years ago. As I lay in bed, I became aware of a disturbing presence in my room. It was haunted, as well as haunting. It was the ghost of a man desperate to have his story told. I had no idea who he was and was too tired to be scared. The next day, I got up and wandered into a bookstore only a few hundred yards away. Taking an intriguing-looking book called Praga Mysteriosa off the shelf, I read to my surprise that the very street in which my hotel stood was said to be haunted by a ghost – the ghost of a barber who had abandoned his wife and daughters in the 17th century to go and become an alchemist. Bohemian Mystery is the result of my encounter with his ghost. 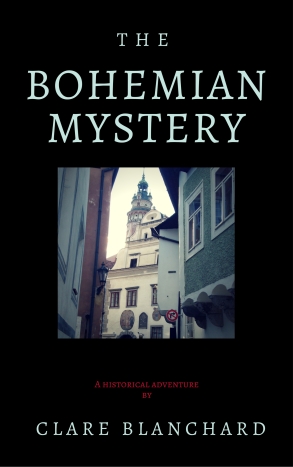 “A beautiful and thought-provoking novel….”

Bohemian Mystery is an intriguing novel, which opens in medieval Prague, a city at the heart of Bohemia, with its unique source of moldavite, a green gemstone laid down by a meteorite at the dawn of history. Sylvia, the protagonist, has an instinctive affinity to the city, which is where her own mother was born. But in modern Britain this is at odds with her burgeoning career at a prestigious girls’ boarding school – an institution steeped in hierarchy and eccentricity, which Clare Blanchard describes with an irresistible meld of humour and satire. However, gradually her affection for Prague draws her back again and again and she discovers that there are unexpected links between the old city and those ancient Etruscan civilisations that instigated the spread of culture and architecture across continents. She learns also that many of these legends stretch back to biblical times, and that there are even connections pulling at her own roots. Her life and purpose are transformed by these revelations. Bohemian Mystery takes you on a satisfying journey, providing food for thought long after the book is closed – a journey well worth travelling.

Brenda Parker, author of The Cilento Dove and Anya Paris

The experience of living in two or three different cultures drives Clare’s wicked sense of humour, but also makes her plots quirky, with unexpected twists of history woven in. Give Bohemian Mystery a try!