By now you must be wondering if we saw anything else besides temples on the Big Trip. Not a lot, although we had asked for a cultural tour. Our guide took us to a huge open area stretching for miles covered with crumbling temples which a long time ago must have been a vast city, but what excited him the most was this Buddha’s head in a tree. I’m still trying to work out which was there first.

We were almost at the end of the guided part of our tour, and it culminated in a fabulous river cruise  on the Chao Phraya River back to Bangkok.

I’m not sure if you can see it too well, but they were building another huge Buddha statue on the banks of the river. I was curious to know if maybe wealthy families funded such structures, as they did in Europe for the church as a ticket into heaven, but I suspect not. If anyone knows, please share it. 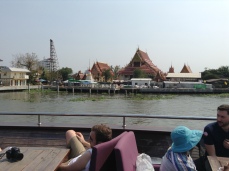 Now we were our own, time for the fun to begin!

Just an update to let you know I am nearing the end of the first draft of Amie book 4. Not sure of the title yet but I think it will have the word revenge in it – she’s got so feisty and a lot braver.

Now I promised to tell you why Queen Vic was so cross with her eldest son, in fact cross is putting it mildly, she never forgave him. You see the prince had been so regimented that when he finally got permission to go to university, even under strict controls, he met a lady. Well I won’t describe what dastardly details he got up to, I expect he tickled her ankle or something obscene like that, but when mummy heard about it she sent Albert to have a little word, or a big word if you like. 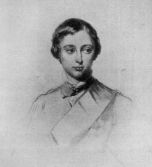 Sadly, it was no one’s particular fault, but it rained that day and Prince Albert got very wet. (He refused to talk indoors as he thought he saw a reporter from The Mirror behind one of the oak trees).

And you can guess the result can’t you – he went back to Windsor and very inconsiderably died, thus leaving Victoria inconsolable – and it was all Bertie’s fault.

Till next week. – to be continued.

4 thoughts on “RIVERS AND RAIN”