‘eld ‘n savety at its worst.

Health and Safety would appear to not be a priority in some countries and on some jobs.. you need nerves of steel to look at these…one shouldn’t laugh… but….

An exta smile is never wrong 🙂

Once upon a time when I was writing for a living (and are we going back a long, long way), I wrote mainly promotional, educational and informational content – usually for radio and television, often in a drama format.

Then, as I got to the wrinkly stage, pretending to be retired, I turned to books. I wrote three memoirs, and two novels. If there was any theme it was Africa, well I lived there for almost forty years, so I got to notice quite a lot, especially filming in deep rural areas miles away from cities. 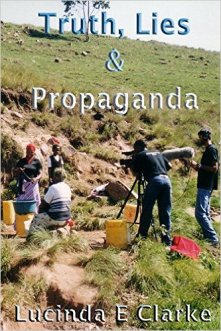 Then I broke the mould and published my political/satirical book set 200 years on in Fairyland, possibly described as similar to Tom Sharpe or Monty Python. I was unsure if the rather ‘British’ humour would transcend the Atlantic, but surprisingly I’ve had more sales on the other side of the pond.

Readers who knew me best from the Amie novels (and let’s face it, she has a very limited sense of humour), expressed surprise as it was so ‘not’ my genre.

Most writers have a genre we’re told ‘it’s the right thing to do’. So, Ludlum writes spy books, Steven King writes horror books and Edit Blyton wrote books for children.

But as often as I could, I put a humorous slant on most of my writing. It’s there in my memoirs, even in Walking over Eggshells. I’ve had to see the funny side of life in order to keep sane through the ups and downs of the bizarre situations I found myself in.

So Unhappily Ever After is possibly more me than Amie’s servant, telling her story to the world (well OK to the occasional reader who clicks on the link).

Why am I rambling on like this? Just a reminder that Unhappily is at $/£0.99 this week for 311 pages of really funny stuff, even I giggled at some of it. And as an extra teaser, here are some of the Twitter adds I put together (no, not going in for the graphic awards any time soon), which might give you a taste as to what it’s all about. 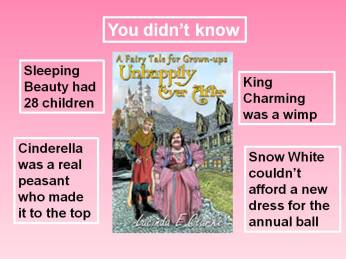 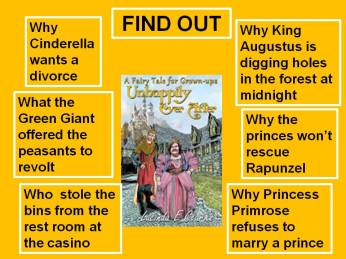 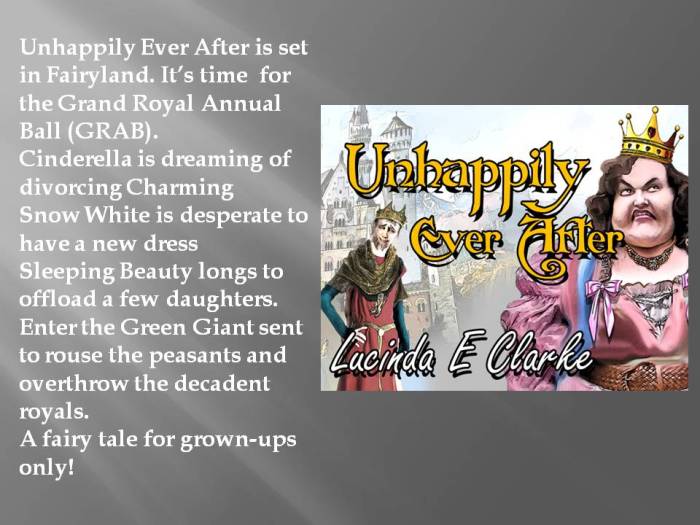 and please, if you are in a good mood, reblog this for me as well? And if you feel depressed then check out the look inside and smile.

Can Tho is on the banks of the Hau River in the Mekong delta area, but it felt as if we were by the sea – it is one big delta. 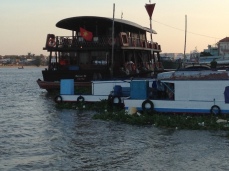 We spent the night in Can Tho and went walking along the promenade and came to this! 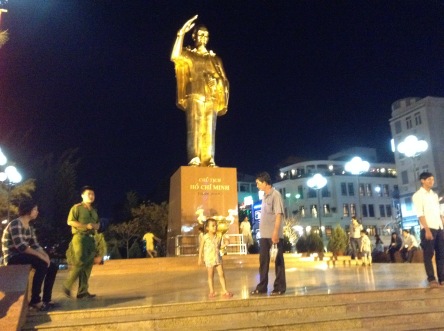 That must have cost a bit and slap bang in the south which was not in favour of the man on the platform.

Now from pictures on the internet it looks as if there are hundreds of tiny boats floating by the banks, but the following morning we were whisked up river to see the permanent floating villages. We were told they did relocate every six months due to the flooding, but I wasn’t sure how they managed this. How do you move a petrol station twice a year? 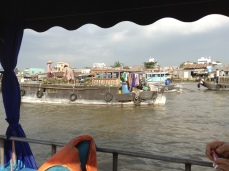 Then it was time for more eco village pursuits. Making rice noodles and a couple of extra pictures to prove I was there. 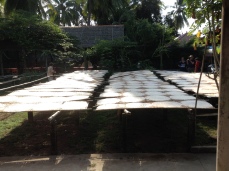 You can see how brave I was!

Back to Ho Chi Min city (Saigon) to fly to Seim Reap and I’m sure you can guess why they took us there.

Not only was George III interesting because he was mad, other exciting and interesting people lived at the same time – such as:

The peasants in France who revolted under Napoleon, who wanted France to become Top Dog. This could NOT be allowed of course, so Nelson with his very close friend  Hardy [of “Kiss Me Fame.”] and an Irishman called John Wellesley, who became the Duke of Wellington, and thus English, defeated Napoleon once at Waterloo and then again on the playing fields of Eton, which only proves that geography is not taught in French schools.

I’ve used up all my pictures for this post, so can you please imagine them?

Would Do you want  How about joining my mailing list? As soon as I’ve sent Amie 3 off to my editor, I will be writing some back stories only available to this special set of people. Also you can find out when you can get my books free or cheap and there’s the occasional competition to win free books just for signing up.

Either private message me on my Facebook page https://www.facebook.com/lucindaeclarke.author

Or email me on Lucinda@lucindaeclarke.com