By now I was recovering somewhat from the bronchitis and so determined not to miss a thing, you could probably hear the pills rattling around inside me as I walked.

The hotel we stayed at was possibly my second favourite of them all, the Angkor Sayana hotel and spa and we met up with some lovely people from Canada on a parallel tour with the same company. It was fun to compare notes. If you are reading this, please connect again! 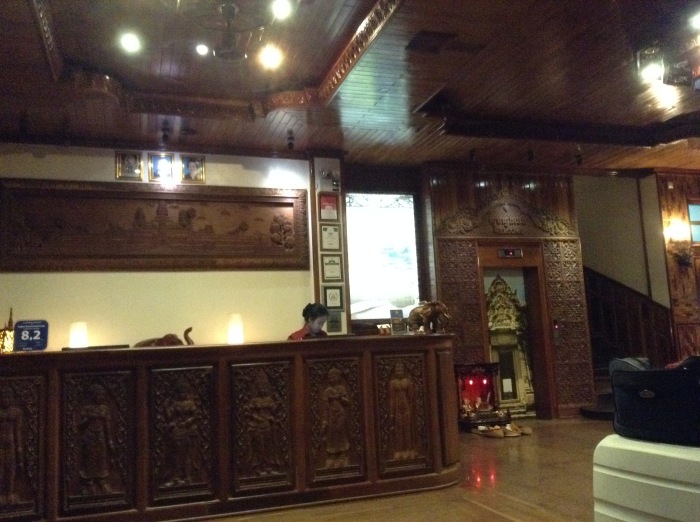 The jewel in the crown here is of course Ankor Wat, although our first visit was to the Southern Gate of Ankor Thom.

(Whoops, I should have mentioned that by now we had hopped border and were in Cambodia – also a communist country, but much more relaxed). 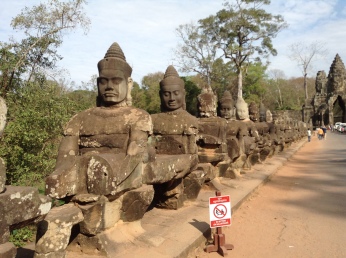 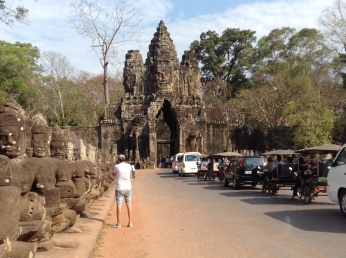 The gate itself is 7 kms north of Siem Reap town and almost 2 more to the entrance to Ankor Wat itself. 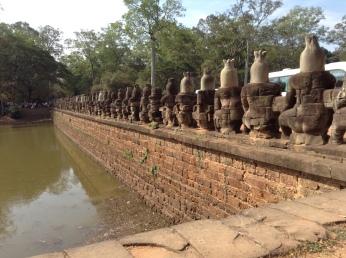 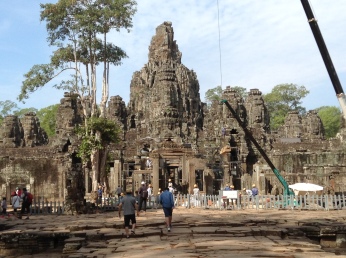 The extent of the remains defies belief and it would be possible to spend days and days just walking past the walls and along the bas reliefs and exploring the little nooks and crannies. 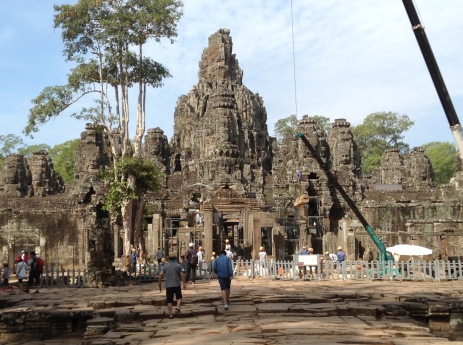 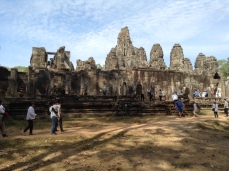 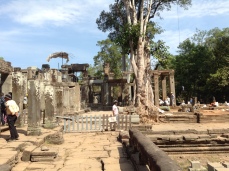 The walls are 8 metres high and flanked by a moat and the multitude of carvings tell stories of mythological, historical, and religious events along with everyday scenes. 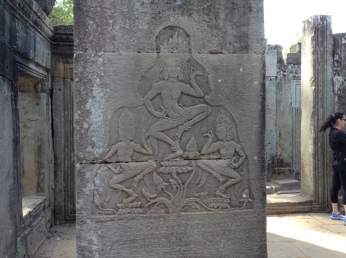 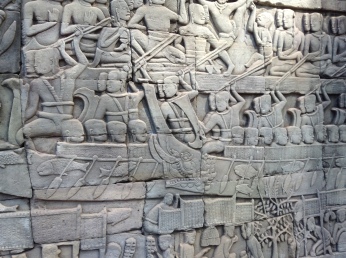 Of course Angkor Wat was chock full of tourists but in this day and age I guess you can’t expect to have the place to yourself. 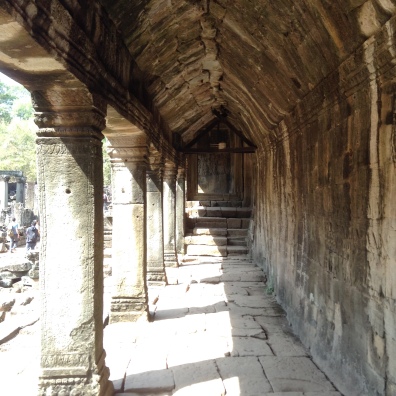 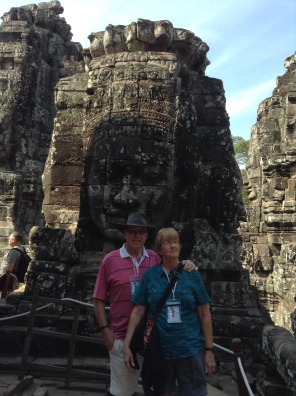 Perhaps the thing we know best about George III was that he went mad. Very sad really, and rather embarrassing for him as his doctors spent a lot of time pouring over the contents of his chamber pot which to them, indicated what was wrong with him. They were wrong of course, not knowing he suffered a disease we now know as porphyria and a quick trip to Boots the chemist would have sorted him out on no time at all – well helped a lot. 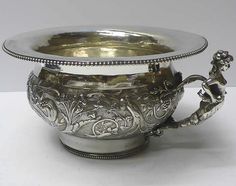 If they’d known better, large doses of sweets high in sugar would have made his life so much better as well. You have to feel sorry for the guy, and he wasn’t the only royal either. Mary Queen of Scots passed on the hereditary disease and Queen Anne, Frederick Great of Germany, George IV of Britain and Princess Charlotte all had it too.