Everything I have ever written in my blogs is a big fat lie. My real name is Agnes Violet Higginbottom, my birthday is in February, I’m 28 years old and I live in Bulgaria. I’m married to a man called Boris who is ex KGB and hails from Siberia. I have never been to Africa and all the information I got for my books comes from watching National Geographic. I am contracted to one of the big five publishing houses who pay me half a million advance for every book I’m thinking of writing.

There, now that should confuse the scammers!  I watched a programme last night about the dangers of social media and how people who want to rip you off crawl the web to find out all about you and then they can steal your identity. So I thought I would change mine before they found me.

I am very suspicious right now as I’ve had 3 emails from Vistaprint thanking me for my order and offering me £5 off the next one. Since I’ve not used Vistaprint since 1989, this is decidedly dodgy. Add to that an offer from a company offering to sell me a huge industrial machine that cuts through blocks of solid steel in seconds and you can see why I am hiding my true identity.  Add to that a very long email from a lady in America offering to tell me my fortune with veiled hints I will top the Forbes 500 only if I follow her advice at a bargain price of only $559.00. 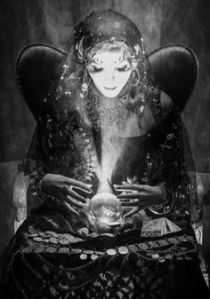 The sad thing is, even if they find me, I’ve nothing to pay them anyway, but you can’t be too careful can you? Once they hone in on you, they can use your credit card, raid your bank account and take out loans in your name. You might be able to sort this out if you speak the language in the country you live in, but my Bulgarian isn’t very good, so that might be a huge problem for me.

None of the kings of England could hide their identities easily either. Everyone recognized James II’s picture on Facebook and he got hundreds of begging tweets every day asking him to relieve the suffering of the peasants. There were wild rumours of a scheme to set up a show at Windsor with the famous jesters, jugglers and warblers of the day, to be called ‘The Y Factor’, but this was shelved due to lack of talent.

There was however a much bigger threat out there, someone else who thought he should be king. This was a lad called James Scott a nobleman the eldest indiscriminate son of Charles II.  He was a Protestant which means he was always protesting, and he said that James should not be king as he was not protesting because he was a Roman Catholic instead.

James Scott also known as the 1st Duke of Monmouth, led the Monmouth Rebellion (can you guess why it was called that?) to disposes his uncle and was even proclaimed king in Taunton in Somerset.

James II could not ignore this and he sent out troops and defeated his nephew who then ran away. They all went after him and he went to have tea with the King. Monmouth even promised to become a Roman Catholic, but James was firm and he ordered to have Monmouth’s head cut off.

On the scaffold, James Scott refused to take communion and was unrepentant about his actions years earlier when he proposed to Lucy Walter, who was married at the time, and ran off with her and they lived together  in sin.

(Now if you are squeamish, don’t read the next bit).

On the scaffold Monmouth asked Jack Ketch the executioner to finish him off with one blow. Various accounts tell us that it took either five, seven or eight blows and then a knife was used to finish the deed. It was so gruesome that the audience were groaning and exclaiming and that Monmouth got up a few times to protest. (I told you not to read that bit).

After the ordeal was over, a person rose up by the name of Judge Jeffreys. Till next time.

Finally a HUGE thank you to the Writer’s Cooperative group for all the extra tweets and blogs about my books this week. I will be taking my turn in the weeks to come and promoting some of the other indies who have written awesome books.

15 thoughts on “A BIG FAT LIE AND A GRUESOME EXECUTION”