I am weighing up my chances before I put the following into Google translate and trek down to the clinic with the paper clutched in my hand.

DOCTOR:       You have problems? A death in the family? You are moving to the Outer Hebrides? Your house has fallen down?

ME:                 I am shortly going to publish another book and believe me it’s like giving birth, or even worse, sending your new baby out into the world. You understand?

DOCTOR:      No I don’t. – Have I got this right? You want me to give you Prozac because you are about to publish another book?

ME:                Exactly. It’s a nerve wracking time for an author. I like the book, I think it’s great, but will the readers like it? Will it sell well? Is it as good as the first in the series? (MORE ENTHUSIASTICALLY)  First you love your book, then you hate it then you think it’s the greatest book written since sliced bread.

DOCTOR:      Your book is about sliced bread?

ME:                Oh goodness no. It’s continuing the story of Amie, she’s the young girl who goes to live in Africa and then civil war breaks out and she then has other adventures, and this time it’s even better….

DOCTOR:     No! To the Prozac. No the valium. No to any other anti-depressant.

DOCTOR:     No, but do you understand those men in white coats over there?

It won’t work will it?

Which connects quite brilliantly with Oliver and his “No work on Sunday” policy. But he did even worse things. He closed down the inns, citing the drink and pony cart driving laws. If you were caught drunk in charge of a horse, you were in big trouble. 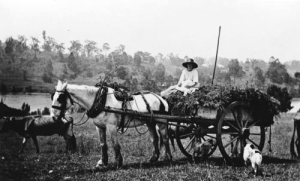 He closed down the theatres, so no one could see Shakespearian plays written by Sir Francis Bacon, and the cinemas had to cancel the screening of Jurassic Park 59, The Chainsaw Massacres 74, and the latest James Bond movie the 193rd in the series.

Dancing was forbidden as well, so that wiped out a whole generation of entertainers. 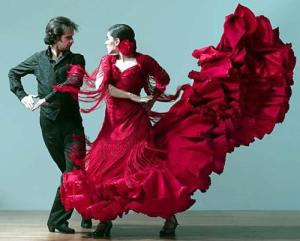 Now that is quite appalling yes? But Oliver went even further. He banned Christmas!! Can you believe it?

It caused no end of suffering at the North Pole. Santa had a nervous breakdown, Mrs Claus lost 28 stone in weight and 1,943 elves were forced to sign on for benefits and welfare. There was even talk of roasting Rudolph for Christmas dinner. (He was only saved because he refused to get into the oven). 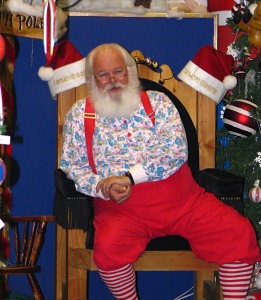 By the C17th, Christmas had become a holiday of celebration and enjoyment but Cromwell wanted it returned to a religious celebration where people thought about the birth of Jesus rather than eat and drink too much. In London, soldiers were ordered to go round the streets and take, by force if necessary, food being cooked for a Christmas celebration. The smell of a goose being cooked could bring trouble. Traditional Christmas decorations like holly were banned.

Most sports were banned and to keep the population’s mind on religion, instead of having feast days to celebrate the saints (as had been common in Medieval England), one day in every month was a fast day – you did not eat all day.

These were very, very dark days for Britain.  Would this ever end? And what was Oliver doing all this time? Find out on Monday.

6 thoughts on “PROZAC AND CHRISTMAS”