For me it’s been a roller coaster of a week. On my last blog, I thanked Tom Benson for setting up my new web page (do pop and have a look) http://lucindaeclarkeauthor.com and today another HUGE thank you to Margaret Eleanor Leigh for talking me through getting to grips with Twitter. I have finally unpinned a post which is horribly out of date, and I know what a pinned post is now! (Yes, I know it is sad). So I’ve taken another leap forward and kept my one brain cell active.

Next up is the competition to win a signed paperback copy of any of my books sent anywhere in the world.

Rules: Buy a copy of Truth, Lies and Propaganda, which is on a Kindle Countdown at £0.99 / $0.99 until Sunday night (10th). Find the money saving tip, write a review on Amazon and email me with your answers on lucindaeclarke@gmail.com  It’s as simple as that. You may also enjoy the read at the same time! It lifts the lid on what goes on behind the media and after reading it you will look at television programmes with a new perspective.

Here are the easy links to Truth, lies and Propaganda

For most of this week, TLP has had a #1 bestseller sticker on Amazon.com and Amie has one too on Amazon.co.uk. For a couple of brief hours they had one each, side by side on the British site. Thank you to everyone who has bought, and I hope you enjoy reading them.

Now that is quite enough of me, I know you are really waiting to hear more about Henry. I’ve given him extra time, as he is my favourite king. He is just SO misunderstood, all he wanted was a son, and all around him the peasants were popping them out like peas. Just think, Daddy fought a war to grab the throne and now he would be turning in his grave if his younger son (the elder one was already pushing up the daisies) was so careless to lose the throne in one generation after all that effort.

So, it was on to wife number five, maybe she would produce the goods? Keeping to tradition, she was also named Catherine, and he was hopeful she would be fertile, as her mother had had 5 children by her first marriage, now that was an excellent track record in those days. 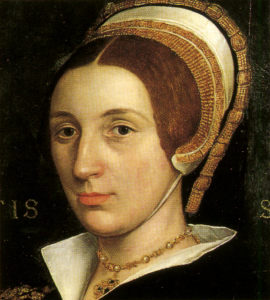 It’s doubtful though if anyone had had the courage to whisper it was said she’s already been ‘at it’ at the age of 13 with her music teacher. She continued with her wild, abandoned life, and to make her behave she was sent to court. (What were they thinking of? That was tantamount to open season for a life of (insert rude word of your choice here).

Henry seemed quite oblivious to all this, and he married her but the poor lass only lasted less than two tears before Henry had had enough he’d heard too many stories of what she’d been up to, so he had her head chopped off, along with most of her relatives as well, just to teach them to behave in the future.

But Henry did not give up, he would try AGAIN. His victim this time was Catherine Parr. Henry was her third husband, so she was probably not a virgin when she became queen.

She was good for Henry’s other two children, as they were both girls and so unimportant, but she persuaded Henry, in a weak moment, to agree they could take the throne in case his heir Edward wasn’t too keen on the job. Rumours were flying around he’d set his heart on a career as a steward with British Airways. 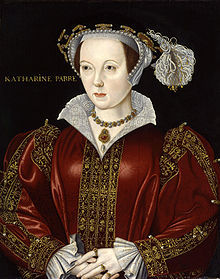 Here she is. Now it’s possible that she might have ended up on the block as well, as she didn’t get pregnant quickly either, but by now Henry was thoroughly fed up so finally he swelled up, exploded, and died leaving the throne to…. (cliffhanger ending).